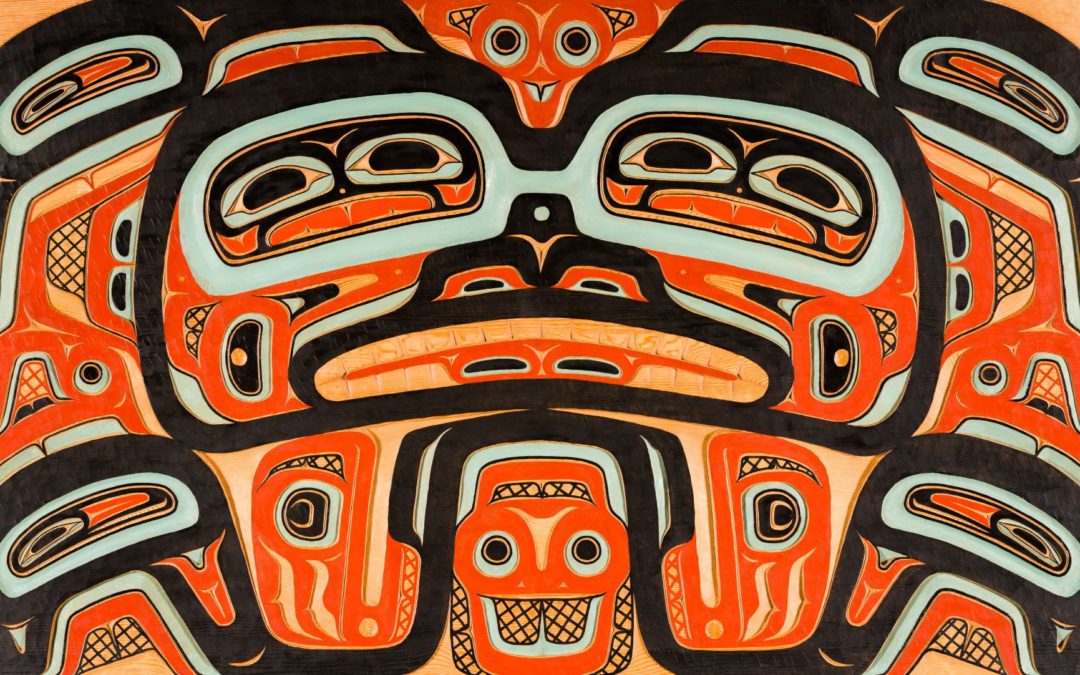 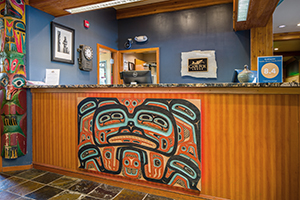 Cape Fox Corporation is beyond proud to announce that Shareholder and CFC employee Kenneth “Kelly” White recently received the division winner award at the Sealaska Heritage Institute’s (SHI) 10th biennial northwest coast juried art show and competition. Kelly won this distinguished award for a beautiful Tlingit art panel he created for Cape Fox Lodge. This is a prestigious honor for Kelly.  Cape Fox Lodge and CFC are proud of the hard work and creativity Kelly put into the piece.

Cape Fox Lodge recently lauded Kelly’s win and creative talent by saying, “To say it’s breathtaking, doesn’t begin to even do it justice. His heart and passion shine through in every piece he creates, and we are very fortunate to be able to showcase his art at our various locations. Way to go, Kelly!”

In discussing his panel Kelly explained some of the creativity of his art piece, “I found that each viewer had a unique perspective on the art piece, so I decided to highlight these interactions and create a PNWC (Pacific Northwest Coast) bentwood box style formline design representing a human in mid-transformation. Since the design is of a human in mid-transformation, whoever would be viewing the artwork would ultimately decide. I wanted to create an interactive art piece largely influenced by the traditional belief that ‘the Tlingit people believed there was little difference between humans and animals except for form.’”

The Tlingit art of Alaska Natives has become more renowned as many are remarking on its unique, distinctive colors and designs.  Tlingit art is often carved, painted, and contains elaborate, colorful designs and intricate motifs. Art is part of the Tlingit culture from blankets, to buildings, to dance, and as Kelly White created their beautifully designed panels.  The Sealaska Heritage Institute (SHI) has continued to expand the awareness of Tlingit art. The Northwest Coast Native art show is held in conjunction with a festival hosted by SHI that spreads over several days and showcases dance and culture in Juneau.  SHI showcases upcoming Alaska Native artists who use traditional art forms but bring their own modern experiences to pieces in a melding of the past and the present.  Kelly White stood out this year as one of those artists for SHI, but for Cape Fox, we have been honored to work with him and view his artwork for many years, and we hope for many years to come.