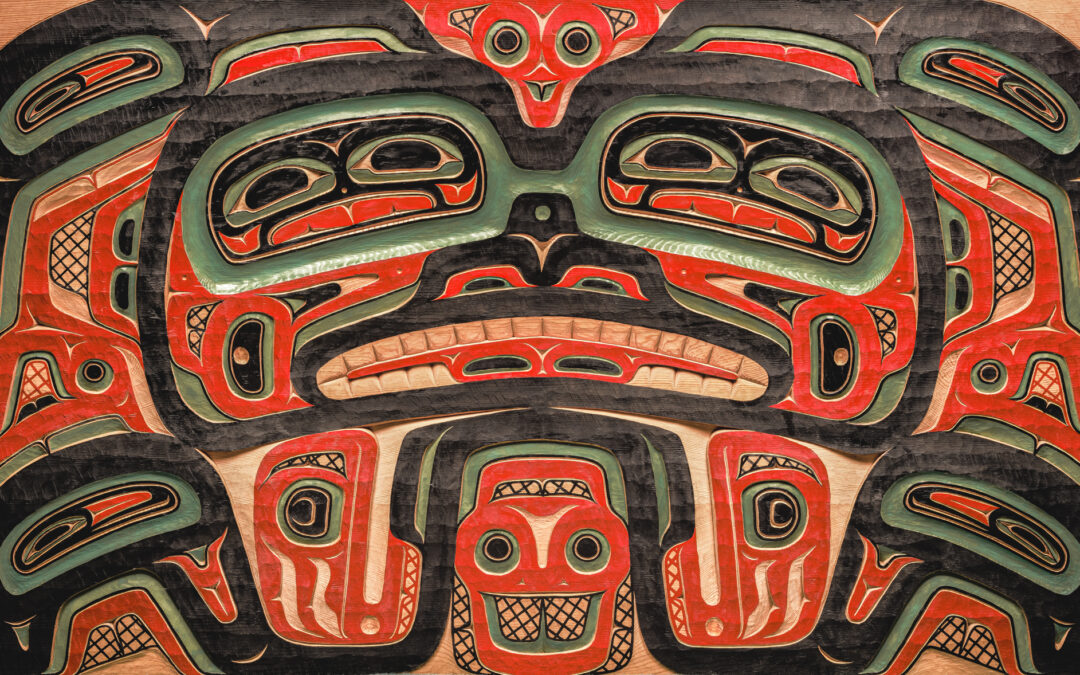 Cape Fox Corporation (CFC) and the Tlingit Alaska Natives of Saxman, Alaska have strong historical connections.  CFC strongly believes in keeping the Tlingit culture alive and one way we do that is through art.  Tlingit art is special with unique colors and symbols, often with elements of spirituality, and functionality.  CFC is proud to announce that Cape Fox employee and Shareholder Kenneth “Kelly” White, the CFC In-Residence Artist, was one of ten awardees of a prestigious Fellowship Award from the Rasmuson Foundation.  Fellowships are provided to mid-career and mature artists who are given $18,000 to use for a year-long creative development period.

The Rasmuson Foundation was created in 1955 by Jenny Rasmuson to honor her late husband E.A. Rasmuson.  It aims to promote a better life for all Alaskans and has recognized exceptional Alaska artists with individual grant awards since 2004. As of this year, the program has made a total of 588 grants to individual Alaska artists: 416 Project Awards, 154 Fellowships, and 18 Distinguished Artist awards totaling almost $5.6 million. This year, the Foundation recipients were selected from a pool of nearly 300 applicants by a national panel of artists and creative community leaders from outside of Alaska. Awardees represent 21 Alaska communities and nine artistic disciplines.  Artists selected are working with wood and stone, glass and beads, fur and skin.

Kelly is of Tlingit descent and a Northwest Coast artist who is Teikweidí Taanta Kwaan.  Kelly is Neix.adi Yutki-Saanya Kwaan, a child of Neix.adi and grandchild of Stikine, Naanyaa.aayi. In 2019, Kelly began his position with CFC as the Artist In-Residence.  He has worked on several projects, including panels, logos and requested art pieces often showcased in CFC commercial business locations.

Kelly’s Fellowship Award will allow him to invest in equipment enabling him to share stories of his experiences practicing traditional arts such as storytelling, dancing, carving, and drawing. Kelly will make videos of carvings and create 3D models to use for reference and educational purposes. While Kelly has had a long association with CFC, he has worked hard his entire career to keep the Tlingit culture alive through his art.  This fellowship will allow him to expand his knowledge and pieces in new and creative ways. CFC is proud of Kelly with what he has accomplished and looks forward to what Kelly will create regarding his Fellowship Award.  Kelly is an artist who believes strongly in keeping the Tlingit culture alive and he is doing that through his art.