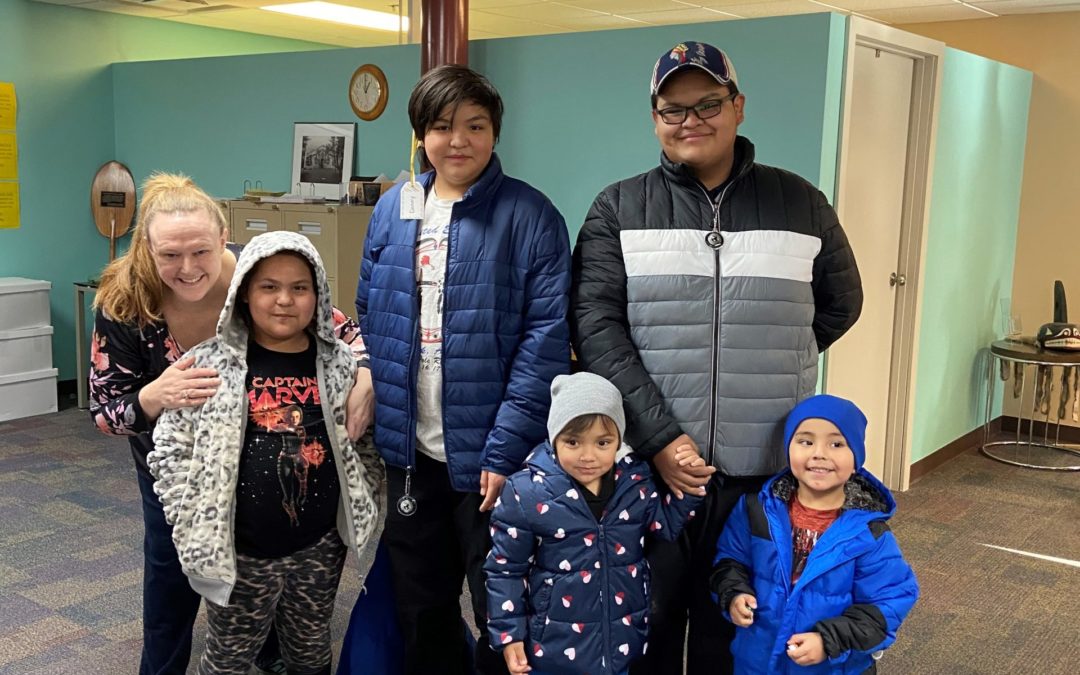 Cape Fox Corporation (CFC) has always been mindful of community and social responsibility.  CFC each year has been able to include many philanthropic events to give back to our communities.  Over 2019, CFC did even more than had been done in previous years.  Below are a few examples of additional 2019 philanthropy to show that Cape Fox cares.

At this year’s event, Cape Fox Lodge was one of two companies in Ketchikan, AK, highlighted for their charitable efforts. Cape Fox Lodge was honored for a fundraiser that was organized to support the family of a floatplane crash victim from Ketchikan, AK.  During the event, Billy Joe Thomas said, “We [ CFC and its employees] do try to do as much as we can to help our community, whether it’s with the youth or giving firefighters half off their meals.  We try to do something every week, every month, and when we do, do it right.”

In the autumn, to assist the families of Saxman, AK, CFC partnered with the City of Saxman to support the charity Coats for Kids.  The mission of this charitable effort is to ensure all the children of Saxman have a warm coat this winter purchased from donations to CFC.  The Coats for Kids program, not affiliated with any other national program, was for all children who are 18 years and younger and who are in school.  For children who were younger than four and not in school, parents could make special requests, and the program made every effort to find them a coat.

This is the first year CFC has managed and participated in Coats for Kids. The Corporation will be making this program into an annual event each autumn with the idea that “no children in Saxman should go without having a warm coat in winter.”

Cape Fox Lodge hosts many charitable events throughout the year, and the holidays were no different.  On December 26th, the Lodge assisted at the public library for soup and storytime. All community children were invited and Chef Christopher read his favorite book, Stone Soup. After storytime, he served Chicken Noodle Soup to all the children.

Additionally, Cape Fox Lodge hosted a holiday event for the community with food, drink, and holiday cheer.  This event had many families in attendance and created many wonderful holiday memories with friends and family.