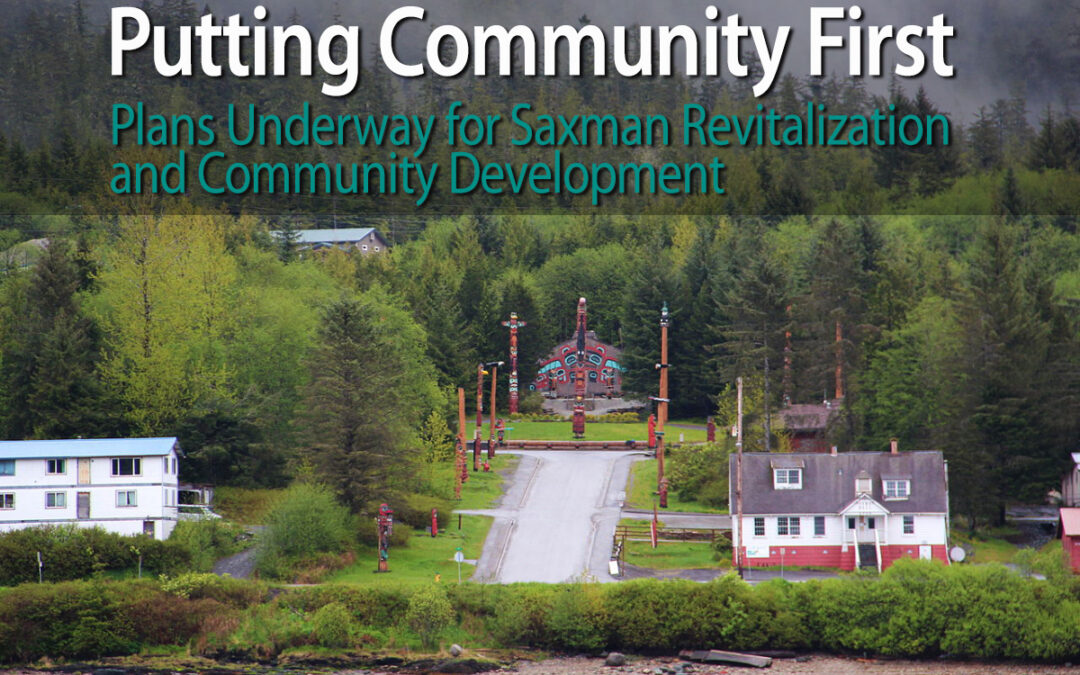 On October 1, 2021, Cape Fox Corporation (CFC) was one of the representative organizations in attendance at a historic meeting that was also attended by the Saxman City Council and Mayor and the Organized Village of Saxman (OVS).  All three entities are working together to strategize and put plans in place that will focus on community development and the revitalization of Saxman, Alaska.

For the first time, all three entities are working together.  They will form a Community Development Corporation (CDC).  This newly formed Corporation will focus on the development and revitalization of the Saxman Village. Charles Parker from Alaska Village Initiatives (AVI) led the strategic planning session that outlined the responsibilities, governance structure, priorities, and vision for the CDC. This is a shared vision of all three entities that includes a list of priorities that need to be performed to move the Village forward.

This is a historic moment for Saxman, Alaska as noted by Joe Williams, Jr., President of the OVS, “Never before in the history of Saxman has OVS, the City of Saxman and Cape Fox Corporation, the ANC for the Village of Saxman, met to discuss the future of Saxman. I have been working for 26 years to make this meeting happen and it has finally happened!”

One of the plans in discussion is the building of a new grocery store that will service Saxman.  Joe Williams noted that “a grocery store of some kind should be built in Saxman for residents of the south end of greater Ketchikan which includes all Saxman residents and shareholders.”

The mayor of Saxman, Frank Seludo, has been devoted to strengthening the community of Saxman.  He stated that “We as elected officials must work for the betterment of the people who elected us. So, we have continued to work towards building a grocery store.  We care for our community and listen, and we did hear the response from the constituents.”

Additionally, Clifford Blair, President of the CFC Board of Directors, has expressed support of this historic initiative by declaring that, “I am extremely grateful that all three entities in Saxman are working together for the betterment of Saxman and its people.  With the creation of the new Community Development Corporation (CDC), we can now get things done faster than ever for our shareholders, extended family shareholders, and community members.”

The creation of the CDC is a defining moment for Saxman, Alaska as it brings together community leaders to work together in unison.  The plans being put forward will move Saxman forward commercially and will bring greater economic stability to the community.