Cape Fox Corporation Starts the Year with a Big Win! 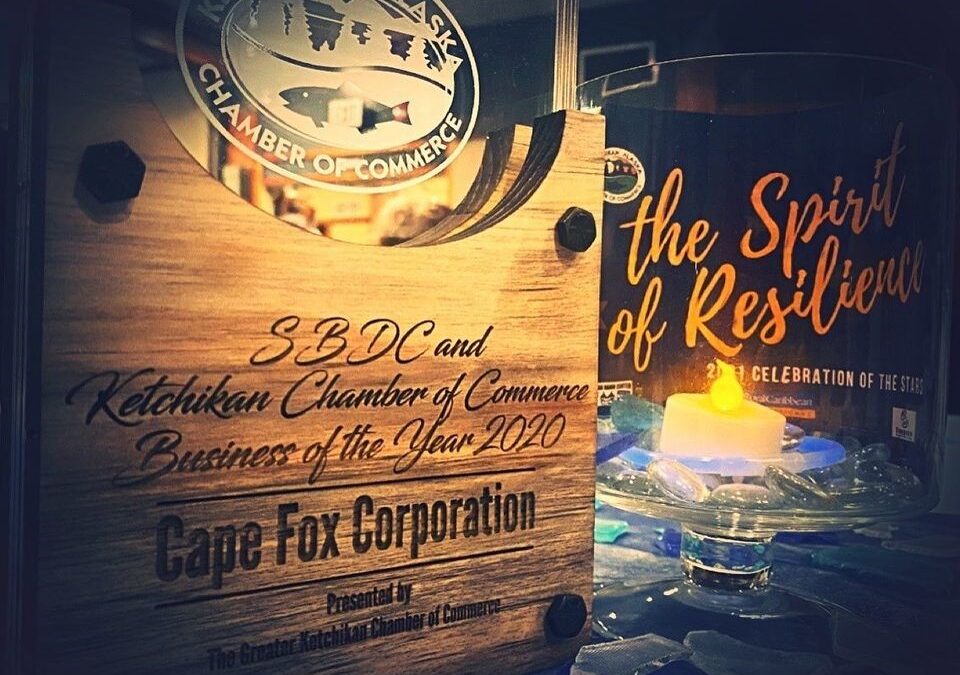 Cape Fox Corporation (CFC) has a long tradition of providing food and shelter for traveling friends.  CFC represents the Tlingit Natives of Saxman, Alaska and believes strongly in family and community. CFC believes that by keeping a community healthy, it makes everyone stronger.  Throughout 2020, CFC did much to support and give back to the community, and we were recognized for our efforts.

On January 25, 2021, Cape Fox Lodge hosted the Spirit of Resilience awards for the Ketchikan Chamber of Commerce. At the awards ceremony, CFC stood out as a shining star.  CFC was awarded the 2020 Best Business of the Year Award. The last time CFC won this award was more than 25 years ago.  Last year was an unprecedented year, and CFC stepped up to provide food, shelter, and unity to our community. Winning this award shows the dedication, hard work, resilience, and unity of the entire Cape Fox Team.

The Greater Ketchikan Chamber of Commerce Community Awards recognize and celebrate businesses and individuals throughout the community who have distinguished themselves by fostering growth, innovation, community service, and excellence in their sectors.  CFC is one of those businesses.

CFC stands out from other businesses in the community because of its philanthropic efforts and its education, business, and job opportunities. Community is at the heart of the mission for CFC.  We support our community because they are our family and friends, and during times of struggle, we reach out to provide assistance, support, and opportunity for the whole community. In addition to our Business of the Year win, we want to recognize two CFC leaders who stood out for their dedication, hard work, and selflessness, Corporate Chef Christopher Lemerond, and Cape Fox Commercial Services President Tim Lewis.

News of this important pinnacle for CFC has been picked up by other news agencies across the country including AP News.  To see the full press release go to https://apnews.com/press-release/globe-newswire/alaska-ketchikan-north-america-united-states-e1b1fa882a2b9b8841d519a2500cfb07

Finally, CFC sends a special congratulations to the other winners and nominees! Community is what makes us strong.