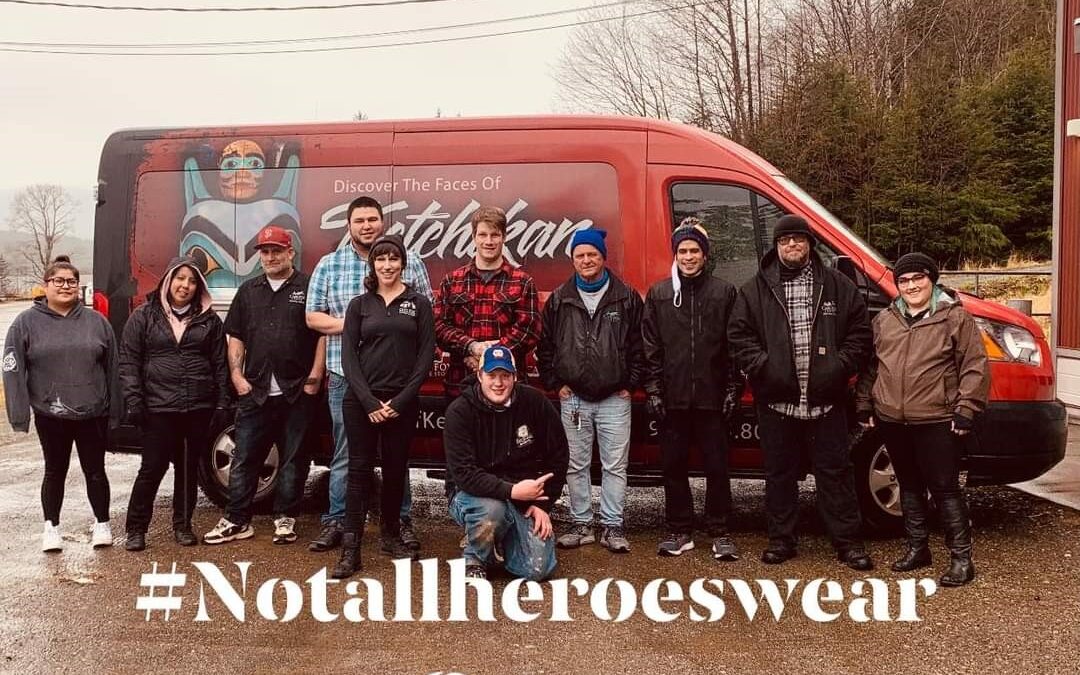 The holiday season is often about giving to others.  Cape Fox Corporation (CFC) believes now more than ever; we need to give back to our communities and to those in need.  This year, that is just what CFC did.  On December 15, 2020, CFC through its Cape Fox Cares Program gave the gift of food to the Saxman community who are our family and friends.  CFC wanted to be sure the community would have the food before the holidays so everyone could enjoy a holiday family meal.

The rain was coming down, but nothing dampened the spirits of volunteers for the Cape Fox Holiday Food Giveaway.  There were 12 volunteers and they delivered 130 gift sets including a 20 lb. ham, a large box of pasta, a case of cup-of-noodles, 16 cups of fruit, six cans of soup, and one extra-large can of chicken noodle soup.

CFC is honored to have dedicated employees who volunteered to give the food sets to the families in Saxman.  While we gave the gift of food, CFC received a much bigger gift from the smiles and words of appreciation from the community.  CFC would like to give a special thank you to the organizers and the volunteers of this amazing event including:

This gift of food was sponsored by Cape Fox Cares, CFC’s new fundraiser program.  The program’s purpose is to ensure CFC is giving back in the most effective way while still supporting our communities as much as possible. This year, CFC wishes everyone a holiday season filled with happiness, good health, peace, and hope for the coming year.