Cape Fox Stands Together With Our Community 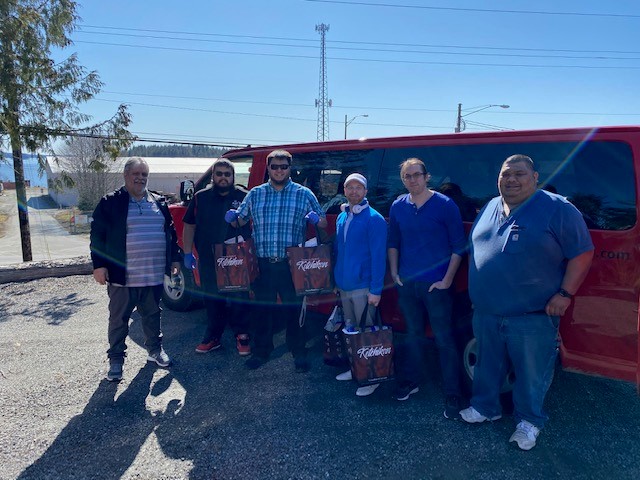 April 1st has always been known as “April Fools.” This year, Cape Fox Corporation (CFC) has changed it to a day of giving.  These are unpredictable times we are living, but the one constant should always be togetherness.  We are in this together.  Cape Fox Corporation has a strong sense of community.  To that end, in partnership with the Village of Saxman, CFC spent the day giving a bag of essential food and non-perishable items to those in need. In fact, by the end of the day, 120 gift bags were given to families in Saxman, Alaska.

Cape Fox Corporation cares and believes strongly in giving back to the community.  CFC felt this small gesture would go a long way in lifting the spirits of our people in the community. Sometimes, during these difficult times, showing even the smallest gesture of kindness helps more than anything.  By standing together, we will get through this together.