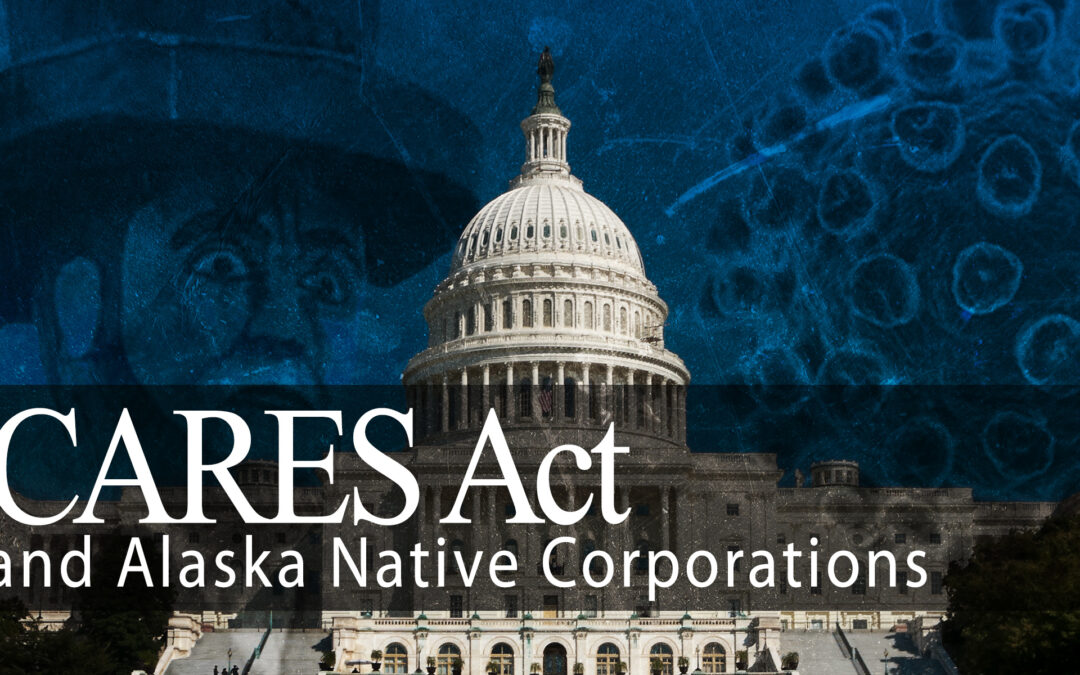 This year has been unlike any other year that many of us have experienced due to a global pandemic.  However, this is not the first global pandemic to hit the United States.  Did you know, during the worldwide pandemic a century ago, the 1918 Spanish flu, more people died per capita in Alaska than almost anywhere else in the world? It wiped out entire villages. While we fight this current pandemic, Alaska still has unique challenges that other places do not.  It is larger than over 170 nations in the world, and yet there are more than 200 remote, predominantly Native communities across the state with no roads connecting them, some without adequate running water.

In April, the U.S. Congress worked hard to provide families with relief.  Congress passed the Coronavirus Aid, Relief, and Economic Security Act (CARES Act), and it included $8 billion for tribes within the $150 billion Coronavirus Relief Fund. The CARES Act provided economic assistance for American workers and families, small businesses, and preserves jobs for American industries. The CARES Act also offered support for Tribal governments. The Act included $8 billion to be used to support Tribes, Tribally-owned businesses, and Native-owned businesses have equal access to federal COVID-19 economic recovery resources. The funds were allotted to ensure there were adequate resources to cover the cost of employee payroll and unemployment insurance costs.  Another $2 billion is set aside for emergency supplemental funding for urban Indian health centers and Native families. This funding will ensure important Indian health, public safety, child welfare, and safety-net programs can continue operation despite increased strain caused by the COVID-19 public health crisis.

What followed after the passage of the CARES Act, has left Alaska Native Corporations (ANCs) fighting for inclusion and access to any funds. Many have said, providing relief funds to ANCs equates to corporate bailouts even though the Act specifically states the funds are limited to payments necessary to offset costs due to COVID-19.  The Cares Act said funds were for “Indian tribes.”  This would include every ANC.

ANCs are feeling the effects of this global crisis, just like every other tribe and individual.  ANCs are providing outreach and funding for social service programs. As examples, Sealaska partnered with Southeast Alaska Foodbank to help those in need, and Cape Fox Corporation spent the day on April 1, 2020, providing gift bags filled with necessities to all community families in Saxman.   Native Alaskans have always understood the importance of family and community.  Other tribes do not fully understand that ANCs are not corporations for business profit, but means of supporting Alaska Native Shareholders economically, culturally, and socially.

So what has happened since the CARES Act was passed?  Funds for ANCs were withheld from distribution because many other tribes sued the government, stating that ANCs were not eligible for the funds since Alaska tribes do not own land, and not all Natives are enrolled in their tribes.  They believe ANCs are for-profit corporations without governance and do not meet the definition of being Tribal.  On June 26, 2020, it was ruled in D.C. District Court that ANCs should still be allowed their portion of the $8 billion allotted for Tribal governments in the CARES Act. The court acknowledged that ANCs are for-profit corporations but that Alaska Native regional and village corporations are “tribes” under the CARES Act and are eligible for funding.

Since then, on July 7, 2020, a federal judge granted an injunction on the $8 billion.  This injunction makes it easier for tribes to sue for an appeal of the June 26th ruling.  Meanwhile, the $8 billion has not been distributed and will not be yet as we await the judgment of a higher court.

As Alaska sees an alarming increase in COVID-19 cases, it is not corporations who suffer, but our Alaska Natives.  If ANCs are left out of the CARES Act Tribal Relief Funding, Alaska Native people will be severely underrepresented in aid that is needed to protect Alaska’s communities.