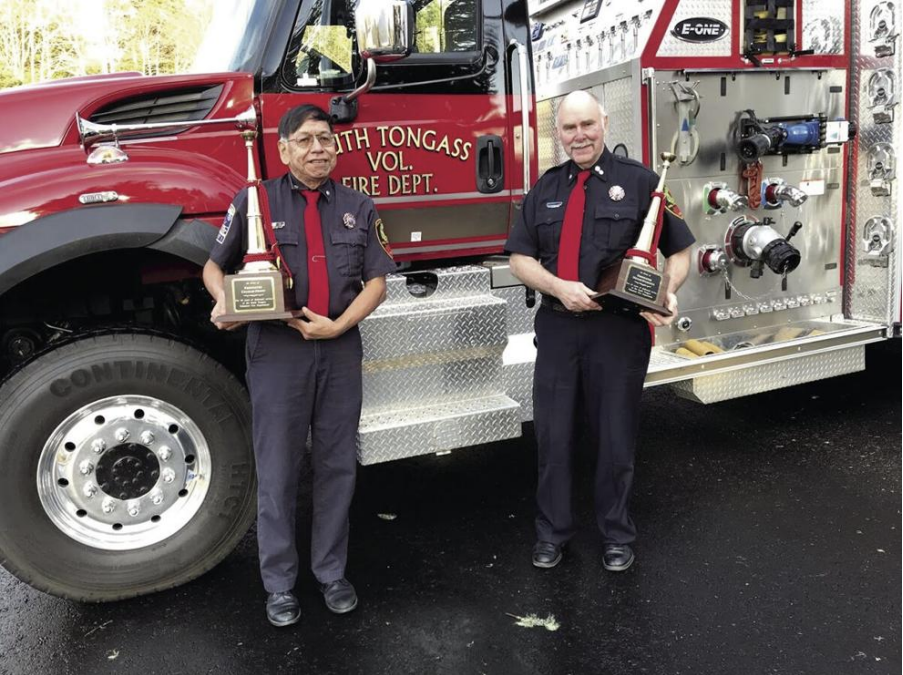 Earlier this year, South Tongass Volunteer Fire Department (STVFD) honored one of Cape Fox Corporation’s (CFC’s) own for his years of service.  Chuck “Chuck” Denny was presented with awards and proclamations honoring his 40 years of service with the STVFD.  CFC is proud to include our praises for Chuck Denny, who gives back to his neighbors and has been a long-standing pillar of the community.  In a ceremony at the Ketchikan Borough Assembly, Chuck and another fellow volunteer were presented their awards.

In his 40 years of service, Chuck served several positions with the STVFD, including Assistant Fire Chief.  Chuck learned many skills previously with his 12 years serving in the U.S. Army that he was able to bring to his volunteer work with the STVFD.  However, one aspect of his volunteer work that delighted him the most was the countless hours he spent teaching the area’s youth how to fish, crab, and shrimp.  Fishing has always been a large part of the Tlingit Alaska Native culture, and as a Tlingit, Chuck also took great pleasure in teaching others about traditional Alaska Native foods.

During the awards ceremony, it was noted that Chuck provided many services to the elders of the City of Saxman and was dedicated to his position as a volunteer, devoting over 14,000 hours assisting the fire department. In addition, Chuck is certified medical trained as an Emergency Medical Technician (EMT) 1 and has served as an EMT for over 20 years.

Family is important in the Tlingit culture, and for Chuck, it was family that inspired him to volunteer and give back to the community somehow.  He began volunteering when his parents were older and continued with service as he could also provide assistance later to his two sisters and brother.  Though it was family that motivated him to volunteer, Chuck truly enjoys his volunteer work and derives much pleasure from what he does. Chuck has become such a part of the STVFD that many community members often call him before calling the fire department.

Chuck has watched through the years as younger generations have gotten involved with the fire department and volunteering their services. Many youth volunteers have gone on to become professional firefighters, medics, paramedics, and nurses.

CFC not only supports and recognizes Chuck Denny’s years of service, but we are also proud of how he has exemplified the Tlingit spirit of community and family to everyone.  Thank you for what you do, Chuck Denny, and for inspiring the young members of society by teaching and being an example to them.