Recognition for CFC’s Spirit at Annual 4th of July Parade 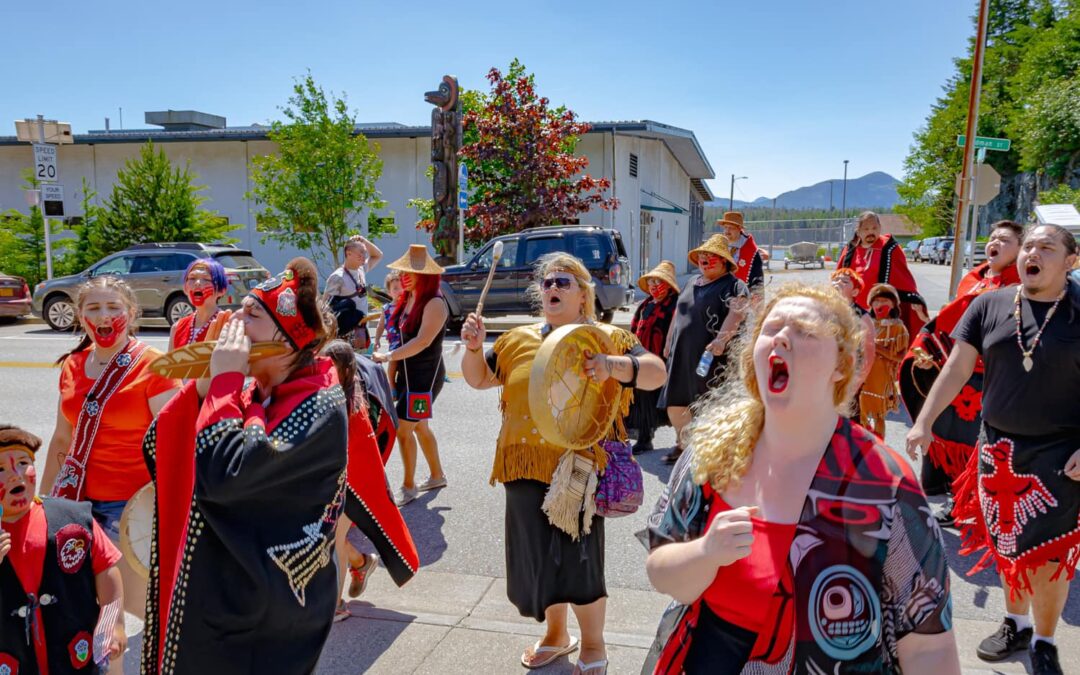 Cape Fox Corporation (CFC) stands out in many ways for being more than just a top employer and a thriving business; CFC stands out for its commitment to community and remaining united with its neighbors and friends in Ketchikan, Alaska.  This commitment to the people of Ketchikan was recognized on July 4, 2021, at the annual Independence Day parade in Ketchikan, Alaska, when CFC was presented the Best in Parade award by the Greater Ketchikan Chamber of Commerce.

July 4th is about celebrating the independence of our nation.  During this year’s festivities, Royal Caribbean Cruise Line hosted the parade, and the Ketchikan Chamber of Commerce sponsored an awards ceremony.  Participating in the parade were our own Cape Fox Tours Dancers, who delighted participants with their traditional Tlingit dances. The dancers performed along the entire two-mile route of the parade in Tlingit regalia, delighting the whole community that came out to watch.

This was the second year in a row that CFC won the best in parade award during the Independence Day celebrations.  This award means much to CFC as it allows us to connect with our community in celebration. This year’s award has great significance to everyone at CFC and its commercial family of businesses as we are again seeing our neighbors and friends and celebrating in-person.  While we were there to celebrate our nation’s independence, we also celebrated our unity, strength, and native culture.  We look forward to celebrating together much more in the future.